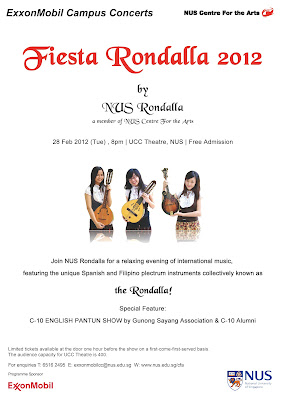 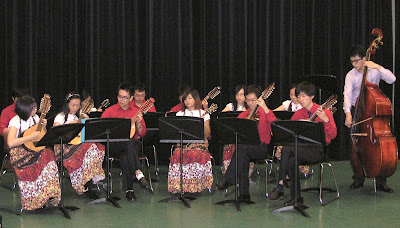 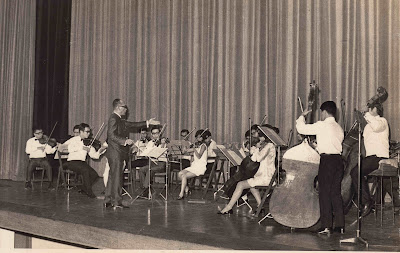 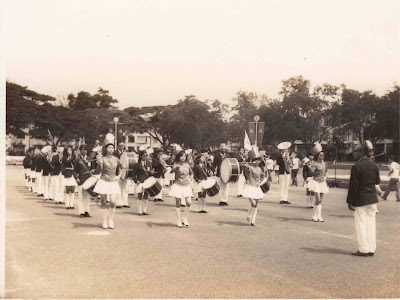 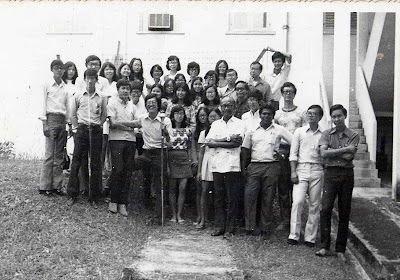 A concert by the NUS Rondalla, a member of NUS Centre For the Arts, featuring music on tremolo and plucked stringed instruments of Spanish and Filipino origins. It was established in 1981 and is still the only one of its kind in Singapore. Fiesta Rondalla is part of the ExxonMobil Campus Concerts (EMCC) presented by NUS Centre For the Arts.

NUS Rondalla marks their 30th year with a special highlight – a tribute to the late Mr. Gerry Soliano, the first Band Director of the University of Singapore Military Band (USMB) which was formed in 1968, with the support of university’s Vice-chancellor, the late Dr Toh Chin Chye. The USMB was renamed the NUS Symphonic Band and is currently known as the NUS Wind Symphony.

This tribute to Mr. Soliano will be done in a multimedia musical “The C-10 English Pantun Show” which tells of how the pioneering students of the band, together with their well loved band director, Mr. Gerry Soliano, made an old chemical storage room (Room C-10) into the first dedicated space for music in the Bukit Timah campus. The combined forces of the C10 Alumni, Gunong Sayang Association and the NUS Rondalla will stage this under Dr. Joe Peters, the Founder and Musical Director of the NUS Rondalla.

The C10 Alumni is a growing group of USMB musicians who were under Mr. Gerry Soliano’s directorship (1968–1973). They have been making music for more than forty years. Leading Peranakan musicians from Gunong Sayang, Mr. Victor Goh, Mr. Frederick Soh, Mr. Deron Amos Ling, and the Bibik and Adek Troupes, accompanied by NUS Rondalla, will perform pantuns in English, fusing NUS’ past and present with Singapore culture.

The pantuns (in English) were crafted by Gunong Sayang Association President, Mr Victor Goh, from words and verses written by Mr Chia Tech Suan and Mr. Surinder Singh from the C-10 Alumni. There will also be an accompanying screen show done by Mr Victor Pang, an AV-IT professional and tutor of NUS Radio Pulze. The musical arrangement is done by Dr. Joe Peters.

The English Pantun is a work-in-progress in a bid to make the art of Malay “patois” pantun more accessible.

Pantuns are poetic couplets or quatrains that form the bedrock of several Malay and Peranakan musical forms: dondang sayang (musical events for courtship), bangsawan (vaudaville music and dance presentations), asli (native song) and dikir barat (music and movement). Pantuns were used in everyday speech in the early Malay courts in the Straits of Malacca. This art form was the purveyor of Malay adat (customs) and adab (manners). The music and poetry adopted emblematic musical styles that convey messages through sindir (indirect reference), ibarat (comparisons) and kias (analogies). The Peranakan communities in the littoral states (Singapore, Malaysia, Indonesia and Thailand) of the Straits continued this pantun tradition till modern times in various musical forms: bangsawan, dondang sayang, dikir barat, keroncong and the other allied song forms asli, inang, joget, rongeng, etc. In Malaysia the Peranakans in Malacca and Penang do it to a very high standard. Gunong Sayang follows the Malacca form. Among the Malays the Minangkebao communities in Selangor and Johor, pantuns are used even in speech. In Indonesia, pantuns are strongly used in Pandang and Acheh. There are similar variations in Java and Sunda. Allied forms can be found in Thialand (rumwong), Vietnam (Do Ca Tai Tu) and Sri Lanka (bilal).

Mr Soliano’s rare 1953 French violin will also be featured in a special arrangement of the traditional Shaker song, Lord of the Dance, Ms. Zhong. Mr. David Wang will perform as soloist on the violin. It is an instrument with much history behind it, as Gerry Soliano performed on it during his itinerant musical tours. and as the legendary band leader at Raffles Hotel.

The first half of the concert will also feature a varied programme of musical favorites led by Ms Linda Zhong Yi, the Assistant Conductor and Tutor for Filipino instruments in the NUS Rondalla. Much of the first half of the evening will be focused on arrangements and/or solo performances by key members: Mr Bill Sheng Yuan, who is the Tutor for the Spanish instruments and music arrange; Mr David Wang Yuanzhi, who is the Mandolin Tutor, a Spanish Laud player and the solo violinist in the ensemble; Mr Tian Hongyu, the Double Bass Tutor, and the immediate past President of the NUS Rondalla. He is away on a student academic posting

To read more on NUS Rondalla refer to the following: