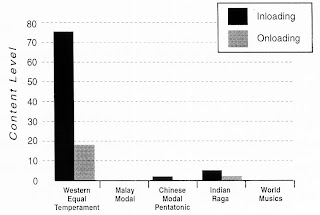 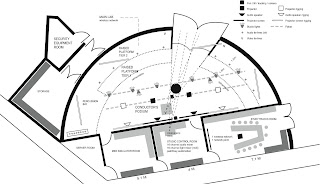 
It has been a long time since I last updated this blog. If I say I was busy, that would be an understatement or even an overstatement, depends on how it is taken. I believe that a blog has to be attended to. This is what I will be doing to this Sonic Environment Blog. There are four main topics/themes that I will write about: Timeline Music Education; Sonic Orders and the Sonic Environment: Tremolo Orchestra; and General Topics.

1. Timeline Music Education - where I will present thoughts and work by a small group of people, including myself, who believe that instruction in music (at the classroom level) should be given on the timeline, and not before or after the actual music as sound. In other words, music speaks for itself. It has its own "technology of articulation". There is no need for copious literature to describe the music timeline, outside the timeline. Information that a listener needs to engage the timeline can be placed at nodes on this timeline, and much of the computing technology can take over to organize this material as a digital database that can be collected behind such nodes, and inter-related and cross-related within a single server or in a cloud configuration. However, there is no complete and workable pedagogy to do this efficiently at the moment. There are bits and pieces of technology, theory and some practice. It is a totally new area for research and development. The concept is exciting, in that information can be obtained and structured on a fully digital platform, opening great possibilities for systemic and systematic music education. Timeline music education will facilitate collaboration across space and time that would allow the "missing expert" that music education moans about, to finally become accessible, not as a body of literature in a digital database or a library shelf, but at nodes in relevant timelines. My ideas of timeline music education are now encapsulated in a systems configuration which I call "MusicPlusOne". I will explain the stages this idea travelled through from the experiences of music elective courses I taught at the National University of Singapore, The Singapore Management University and the Singapore Polytechnic. It was my dual career in music and AV-IT helped in the formulation of a music-listening laboratory. MusicPlusOne is a laboratory, a server, a timeline pedagogy, a sonic environment monitoring and assessment string of interrelated and collaborative laboratories. Such a systems configuration is no more a dream. The technology of today (and tomorrow) will facilitate this. Refer to the diagram above, as a preview of a coming blog article, of the MusiPLusOne systems configuration laboratory that I designed in Singapore, where the first and second stages of timeline music education was explored.

2. Sonic Orders and the Sonic Environment - which is the main reason for this blog. I believe that all national and definable territories in the world hope for the sustainability of their traditional and indigenous musical systems. It is is a pressing issue now because globalization has triggered a worldwide move towards homogenization of musical culture, particularly in the metropolitan cities. I have always held that all pristine musical systems, with particular reference to Southeast Asia, differed fundamentally in the way the common musical elements operates. So, there is no such thing as a universal language of music. There are fundamentally different musical systems that require specialized music listening skills for them to be maintained within the emission that define audibility for music. Unfortunately, the music education profession is caught up with top heavy theories, literature and applications, that have established the western musical system as fundamental and all the rest as analogous and only mildly relevant to the mainstream thrust. So, I ran a parallel (private) project, for over 25 years, paid for mainly by earnings from these part-time music courses that I taught, a base concept called "sonic orders", which then gravitated into a musical measure for sonic-emitters ( radio, television, recordings and performances). These emissions collectively represent the sonic environment of any defined territory. It is through an understanding of the systemic nature of the sonic environment that we can find solutions for the sustainability of fundamentally different musical systems and cultures in the world. My believe is that music education cannot be planned, implemented and tested from text sources. Sonic Environment theory does not visualize a stratified order of musical systems, but a huge mass of such systems trying to gain audibility through evolution. It is based on SEMMI (Sonic Environment Music Measuring Index) and underpinned by SOLMI (Sonic Orders Listening Mode Index). SOLMI is both, a musical deconstruction technique for music listeners as well as a tool to track evolutionary trajectories in music. Music educators and administrators can no longer sit around a table a discuss pedagogy, philosophy, strategy and content from current training, which is obviously slanted to texts that were developed for the Euro-American sonic environments. Music education has to respond to the sonic environment of each territory. Planners have to construct models (construct, emission and functional) of their sonic environment, and in doing so. learn about the emissions. Then only can sonic environment based, measurable and testable curricula be constructed. The classroom itself has to move to the laboratory, and the focus is on training would be the Listeners - who form more than 95% of the music chain. The concepts of sonic orders, sonic environment and timeline music education all come together to enable timeline music education. Refer to the diagram that shows the emission model of Singapore - it is a preview to the blog that will come on the Sonic Environment Music Measuring Index:

3. The Tremolo-Strings - is a variation of the Filipino-Spanish Rondalla. It was my good fortune to study at the famed College of Music at the University of the Philippines. I joined the student rondalla class to put some discipline into my daily routine by waking up early - the class began at 8am. It turned out to be a musical revelation. On my return to Singapore in 1981, I decided to start a rondalla at the National University of Singapore. It is still there, and the only one of its kind in Singapore and the Straits region. Over the years many institutions have requested me to start rondallas for them. I declined, as I felt that more research and development was needed into rondalla pedagogy and organology. This I did in a slow and sustain manner, leading to a new set of families of tremolo instruments - mandolins and tremolos (10 and 14 strings in both Just and Western Tempered intonation). I am calling the ensemble Tremolo-Strings or Mandolin Strings. Sonic Asia will launch this for professional musicians in Singapore who want to make this part of their business. For those who want to know more, please send me an email to receive an illustrated paper on the "ethos and rationale" for creation of the mandolin and bandoria families:sonicasia@singnet.com.sg

4. General Topics - from time to time I will write about things of general interest, about my musical experiences and other human interest stories that may or may not have a bearing on music.